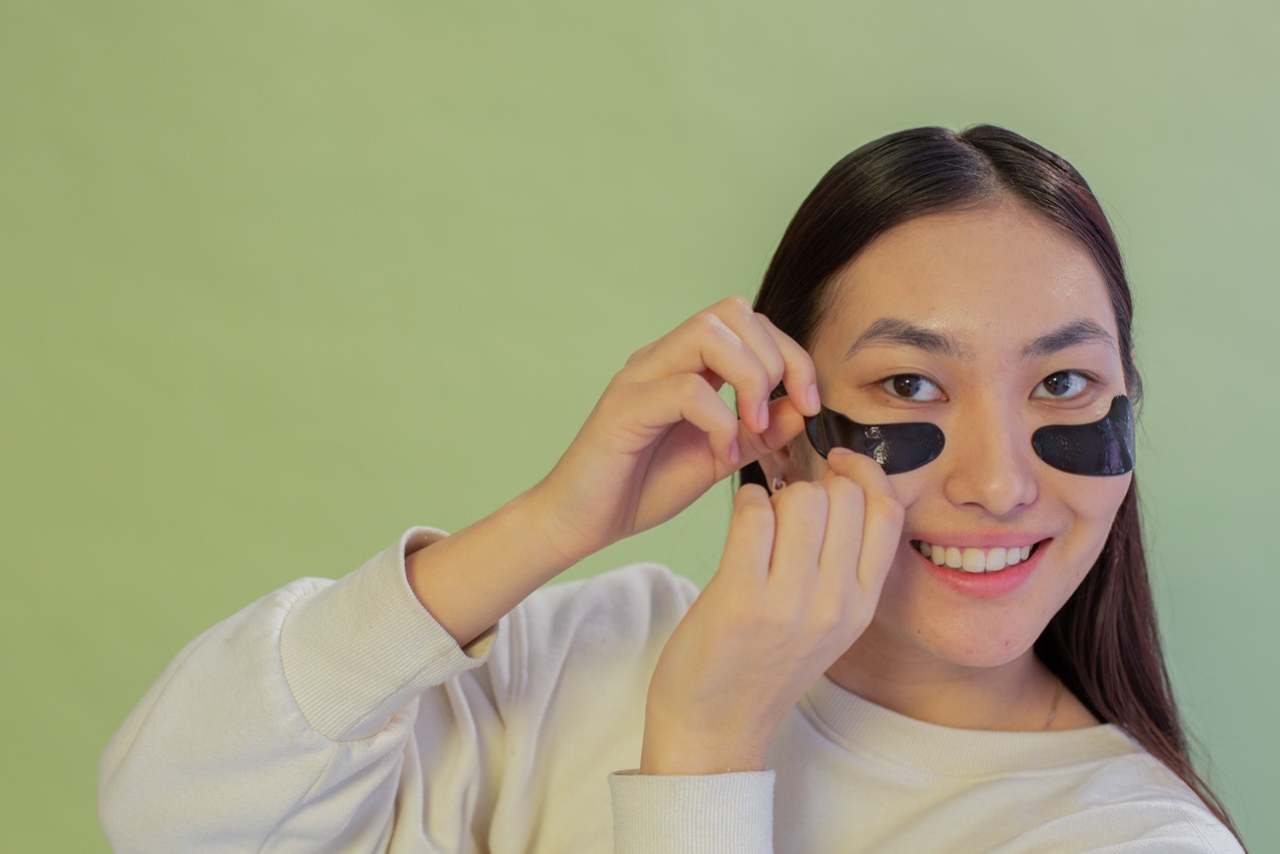 How To Reduce Dark Circles At Home

How to reduce dark circles at home – No one likes the look of dark circles under their eyes, especially when it looks like you’ve had about four hours of sleep and your eyes are bloodshot from crying! While there are many different causes of dark circles such as lack of sleep, iron deficiency or allergies, there are several home remedies that can help you with this problem.

How to reduce dark circles at home

The first step is figuring out what’s causing the circles in the first place. It’s not as easy as it sounds, because there are several causes of dark circles under the eyes, and each cause needs its treatment! Take a look at this list to find out what might be causing your circles and how to treat them to help restore your youthful appearance and confidence.

One common cause of dark circles is a sleep disorder. When you don’t get enough sleep, your body doesn’t have time to repair itself. This can lead to all sorts of problems, including dark circles. If you think you might have a sleep disorder, talk to your doctor.

Dehydration is one of the most common causes of dark circles. When your body doesn’t have enough water, it starts to pull water from your skin, which can make it look dull and dry. Not only that, but dehydration can also cause your blood vessels to dilate, which can make the area under your eyes look darker. To avoid this, make sure you’re drinking plenty of water throughout the day.

One common cause of dark circles is age. As you age, the skin around your eyes becomes thinner and loses some of its elasticity. This can cause the blood vessels underneath your skin to become more visible, resulting in the appearance of dark circles.

Certain medical conditions can cause dark circles. These include allergies, anemia, and dehydration. Often, the dark circles are a symptom of a more serious underlying condition. If you have dark circles and are concerned, it’s best to speak with a doctor.

Hormonal changes are one of the most common causes of dark circles. When your hormones are out of balance, it can cause the skin around your eyes to become thin and fragile. This can lead to the appearance of dark circles.

For some people, dark circles are simply a matter of genetics. If your parents or grandparents had them, you may be more likely to have them as well. This is because the skin around your eyes is thinner than the skin on the rest of your face, so any underlying darkness is more likely to show through.

How To Reduce Dark Circles At Home

There’s a decent amount of evidence that sodium, consumed in high quantities, is bad for us. It can lead to high blood pressure, insulin resistance, and ultimately heart disease. High-sodium diets are also linked with higher rates of acne, headaches, and migraines.

While you may not have control over how much salt your food contains (many pre-made foods contain hidden sodium), you can curb your daily intake by eating more fruits and vegetables—which naturally contain no sodium—and cooking meals from scratch. Doing so will significantly decrease your salt intake without drastically altering your taste buds or diet.

What can you do right now to have fewer bags under your eyes tomorrow? More sleep. Here’s how it works: Our bodies repair themselves every night while we sleep. In addition, studies show that poor sleep has been linked with an increased risk of cancer, diabetes, and obesity. The amount of sleep you need differs from person to person; some people require more than others.

But if you’re constantly finding yourself tired throughout your day, make an effort to hit that number. Also, consider avoiding heavy meals before bedtime as they may leave you feeling bloated and prevent a good night’s rest.

3. Applying Cucumber Slices To Your Eyes

Cucumber slices have a cooling effect that can help reduce redness and swelling in your eyes. Just press them on your eyelids for about 15 minutes, then relax for a bit. Make sure you use cold cucumbers for best results; if they’re stored near other produce, put them in a Ziploc bag first.

You could also try adding chopped cucumber or mint leaves to your favorite lotion or eye cream; it’s a natural astringent and anti-inflammatory. Plus, using cucumber-infused products has another benefit: They smell delicious! Who knew beauty could be so refreshing?

If you’re constantly dehydrated, your body will begin to show signs of fatigue and stress. Dark eye rings are usually a direct result of dehydration. Drinking more water will help flush out toxins from your body and prevent these effects from happening in the first place. When you drink more water, especially before bed, you’ll have more energy during your waking hours and feel less sluggish.

Not only that, but drinking plenty of H2O can also keep you hydrated through bouts of sleepiness when exercising or doing mundane tasks like vacuuming or cleaning. Since our bodies are composed mostly of water, it makes sense that we require ample amounts each day.

Yes, they make eye cream for your eyes—and they’re not all greasy. Applying a lightweight eye cream twice a day is an easy way to combat these unsightly circles. Look for natural ingredients such as caffeine and vitamin K, which help firm skin and minimize wrinkles. Using your ring finger instead of your pointer finger will also help when applying under-eye creams.

This gentle movement reduces pressure on the delicate skin around your eyes, helping it avoid that dreaded crimp look (or worse). With patience and consistency, you should notice improvement within two weeks; less with daily use of quality anti-aging products.

Dark circles under our eyes can be caused by a wide variety of things, including stress. Many people tend to get them just before a big event or meeting—the kind of pressure that leads us to forget some basic things like eating well and getting enough sleep. Stress doesn’t just lead to dark circles—it also affects our health and energy levels in general.

When we’re anxious, we’re more likely to overeat or overdo it on caffeine, which only leads us further down a rabbit hole of bad habits that end up making our stress worse. Finding ways to manage stress has a double benefit—it helps with our appearance and overall health. Here are some basic steps you can take

Late nights and caffeine are a recipe for eye bags. Not only does your body store caffeine, but it also releases stress hormones when you’re sleep-deprived. Your eyes may be puffy in the morning if you don’t get enough shut-eye, and depending on how much coffee you drink, there might even be coffee stains under your eyes.

To avoid these telltale signs of fatigue and beat back bags, get between seven and eight hours of sleep every night, avoid caffeinated drinks after 2 p.m., and use an ice pack to reduce puffiness from fluid buildup under your eyes as soon as possible. 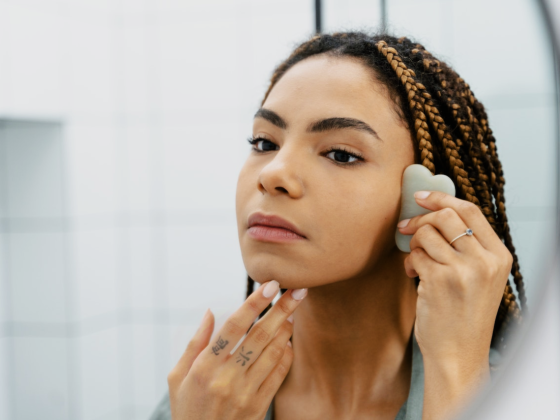 The Fastest Ways to Get Rid of a Cystic Pimple 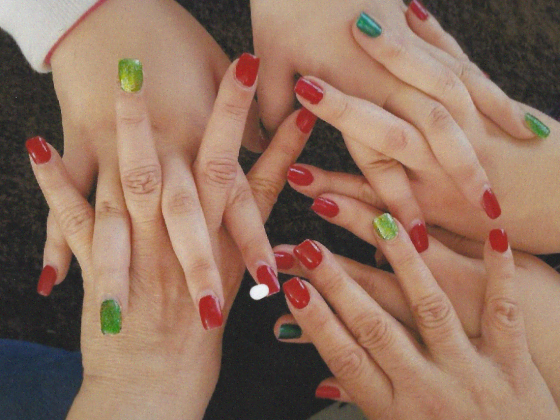 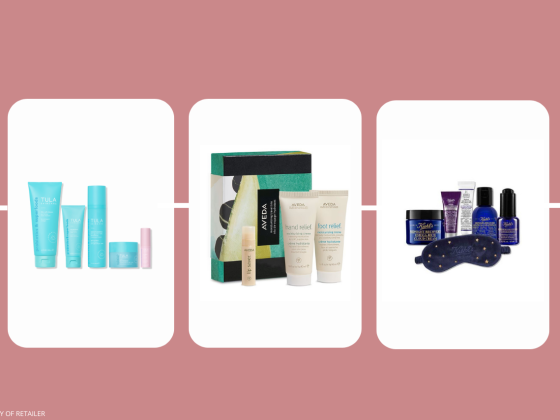